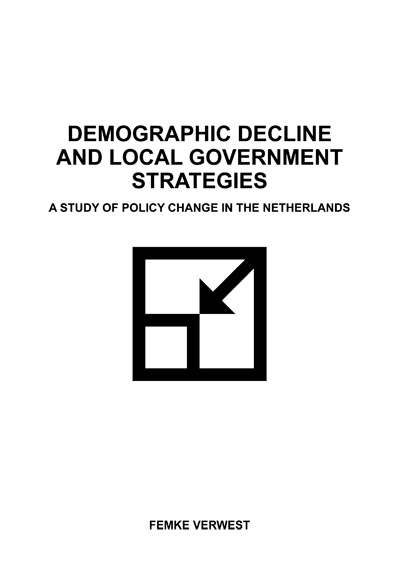 Over the past decades, the population of the Netherlands, as a whole, has grown. Recently, however, some Dutch municipalities have started to decline. According to the regional population projections, more municipalities will follow. That decline in total population gives rise to a decline in household numbers and in working age population. This study seeks to provide an answer to the following questions: how do local governments react to demographic decline, and under which circumstances do they adapt their policies to it?

This study seeks to provide an answer to the following questions: how do local governments react to demographic decline, and under which circumstances do they adapt their policies to it? In order to answer this question, three shrinking regions have been investigated – Parkstad Limburg, the Eemsdelta, and Zeeuws-Vlaanderen – using the policy arrangement approach. This study presents the local government reactions in these three Dutch shrinking regions in the field of housing and the economy, and the conditions that influence those policy reactions.

This study is relevant to both academic debate and planning practice. It aims to deepen international and national academic debate on policy changes in general, and more specifically the debate on demographic decline and spatial planning. Its value in actual practice is that it gives an overview of how local governments in shrinking regions are dealing with demographic decline and the results achieved, which can be helpful to local planners in other regions that are shrinking or are expected to shrink. The study also could be helpful to the national government, by showing how it could help those local government to anticipate and deal with this decline.