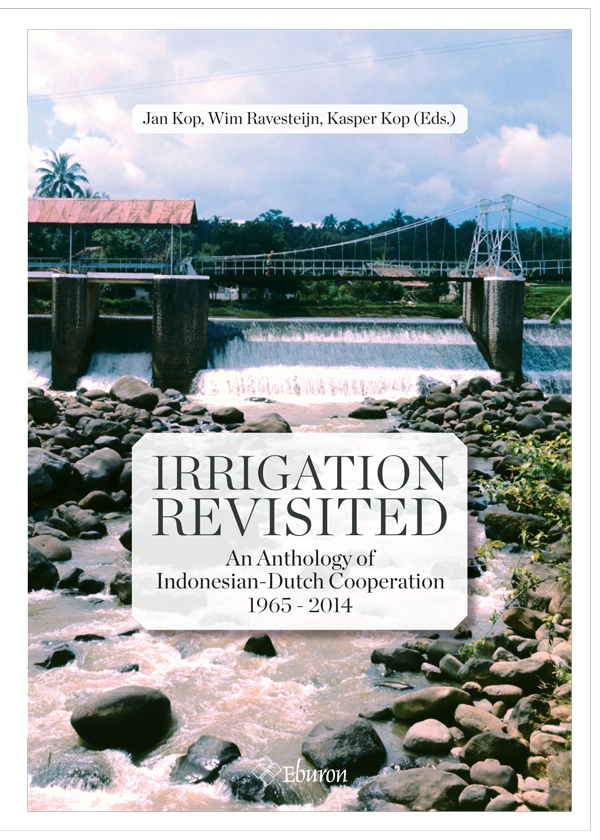 In February 2013, a delegation of Dutch technicians working in Indonesia handed over the book “For Profit and Prosperity”, dealing with the Dutch contribution to public works in Indonesia during the period 1800–2000, to dr. ir. Suyono Sosrodarsono, who was Director General of Water Management (1966-1982) and Minister of Public Works (1983-1988) in Indonesia.

In his expression of thanks, dr. ir. Suyono Sosrodarsono noticed that important information was missing in the book, especially in the field of irrigation in modern Indonesia. He suggested that Dutch participants of the irrigation projects in Indonesia since 1965 should provide the missing information by putting their memories on paper.

This suggestion was adopted and has resulted in the present anthology, focusing on the rehabilitation and creation of a few irrigation projects with Dutch assistance during the period 1965-2014. Apart from purely technical information, legal frameworks, policies and programs are treated, as well as systems regarding water management, settlement, training and education. Special attention is given to the problematic nature of the West Tarum Canal and to Indonesia’s unique tidal and non-tidal swamp development.

The anthology derives its authenticity from the fact that the authors of the various chapters actually participated “in the field”.

Be the first to review “Irrigation Revisited” Cancel reply