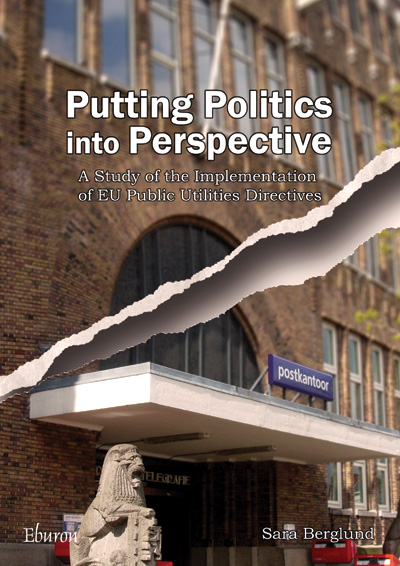 In the area of public utilities, the member states of the European Union (EU) have agreed on ambitious policies to open up markets for competition and to regulate these markets. To have the expected effect, these policies have to be implemented effectively. In this book it is demonstrated that this is problematic; difficulties appear already in the first step of transposing the directives into national legislation.

In the area of public utilities, the member states of the European Union (EU) have agreed on ambitious policies to open up markets for competition and to regulate these markets. To have the expected effect, these policies have to be implemented effectively. In this book it is demonstrated that this is problematic; difficulties appear already in the first step of transposing the directives into national legislation. The analysis of an original quantitative data set including all public utilities directives and their transposition in five member states – the Netherlands, Germany, the United Kingdom, Spain, and Greece – shows that almost two thirds of all cases are transposed after the deadlines that are included in the directives.

The theoretical framework is applied mainly in a case study setting. The transposition of two packages of directives in the fields of telecommunications and energy in the Netherlands, Germany and Greece is studied in detail. The main conclusion is that political factors play an important role for the timeliness of transposition, but that a number of ‘mediating’ variables of institutional, administrative, and legal character are of crucial importance for their effect. Such variables consequently cannot be ignored in an analysis of transposition. Applying implementation theory to transposition is a useful approach as it clarifies how a combination of variables affects transposition delay.

The analysis is also relevant for three of the most prominent theoretical concepts put forward in the literature on transposition, namely the number of ‘veto points’ or ‘veto players’, ‘misfit’, and the ‘worlds of compliance’. Regarding ‘veto points’, the current book shows that access to the process that does not involve a veto is also of key relevance, and that this access matters only in combination with other variables. It is also shown that while a high level of ‘misfit’ does lead to political resistance, the concept is too simplistic to be used directly as an explanatory variable. Finally, it is shown that a theoretical framework that combines different types of variables can serve as an alternative to dividing the member states into different ‘worlds of compliance’ in which different variables are of importance.