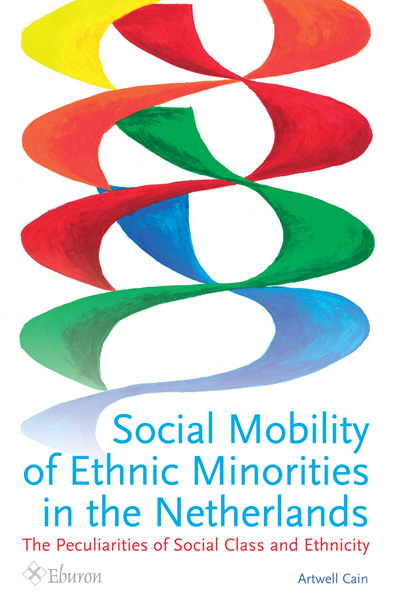 Artwell Cain analyses the factors that have been conducive to the upward mobility of ethnic minorities in The Netherlands. Because this topic has not been studied, Cain’s research has great relevance for both policy makers and social scientists. Moreover, the study adopts a distinctive perspective by focussing on the factors that have generated the professional success of ethnic minorities.

Artwell Cain analyses the factors that have been conducive to the upward mobility of ethnic minorities in The Netherlands. Because this topic has not been studied, Cain’s research has great relevance for both policy makers and social scientists. Moreover, the study adopts a distinctive perspective by focussing on the factors that have generated the professional success of ethnic minorities.

Cain’s study scrutinises the theoretical debate on class and ethnicity and its relevance for processes of upward social mobility. At the same time it is grounded in empirical research, taking class analysis as its theoretical point of departure and investigating what the influence of factors as higher educational level, talent, attitude and hard work in addition to other factors such as social class, ethnicity, gender and racial discrimination were part of the upward mobility processes of ethnic minorities. Cain also looks at the role of diversity policy in the organisations in which the respondents are employed and inquires whether this policy affected their chances for upward mobility. Among the features taken into consideration are the distance travelled between the respondents’ social class origins and their present social position; their ethnic identification which colours their social networks and subsequently the effectiveness of these networks and their unique perspective on exclusionary factors in organisations.

Artwell Cain was born in 1952 and raised in St Vincent and the Grenadines (the Caribbean). He acquired his master’s degree in Cultural Anthropology at the University of Utrecht. Since 1989 he has worked as researcher and thereafter as director in the welfare sector in the city of Rotterdam. Since 2002 he has run his own management advice agency, Ace Advies, as trainer, coach and advisor, in the field of management development and issues pertaining to diversity management.