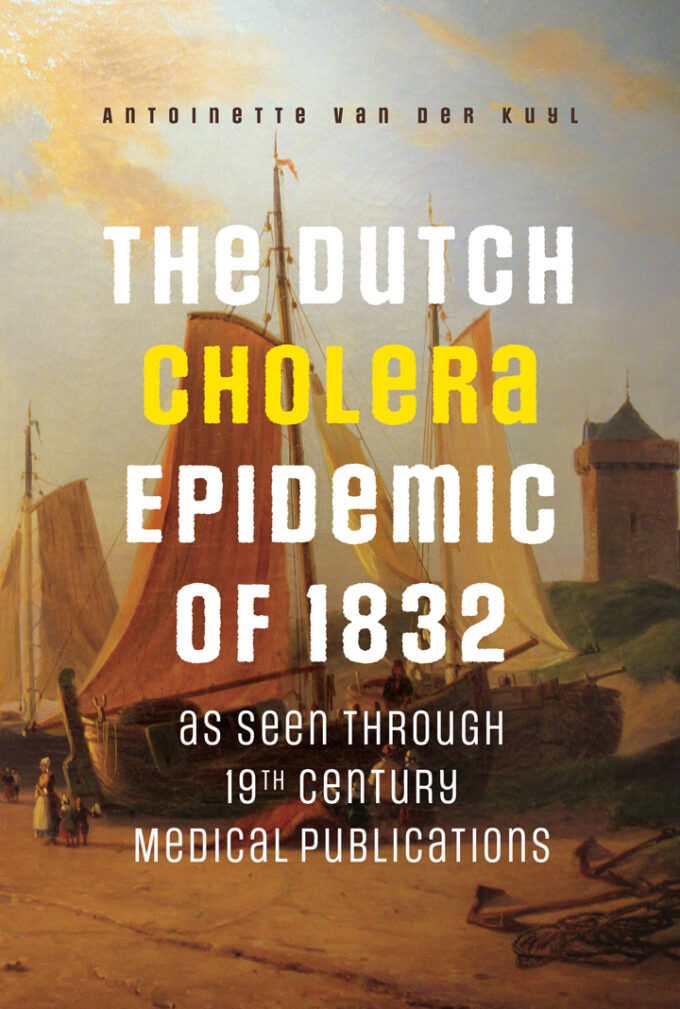 When cholera hit the small village of Scheveningen on the west coast of Holland in June 1832, it took everybody by surprise. It had been generally assumed that the deadly disease would come from the east. From India the pandemic had spread throughout Asia, reaching Russia, Poland, then Prussia…… Soldiers had fired their rifles to clear the air, ships had been quarantined, travellers had been stopped and questioned, all to no avail.

The first cases of cholera in the Netherlands were fiercely debated: had the dreaded disease finally arrived or not? Medical reputations were at stake and scientific views were questioned. Doctors quarrelled about the infectiousness, the cause, the treatment and the outcome of this new plague. In addition, the medical profession generally believed that what they had always done would be sufficient to cope with the new danger. However, some lone visionaries did notice that drinking clean water protected from cholera and cured people who had been infected.

Antoinette van der Kuyl is a medical researcher at the Laboratory of Experimental Virology of the University of Amsterdam. She is a member of the Editorial Board of the scientific journal Epidemiologia. Her book about the Dutch cholera epidemic of 1832 is also available as ebook.