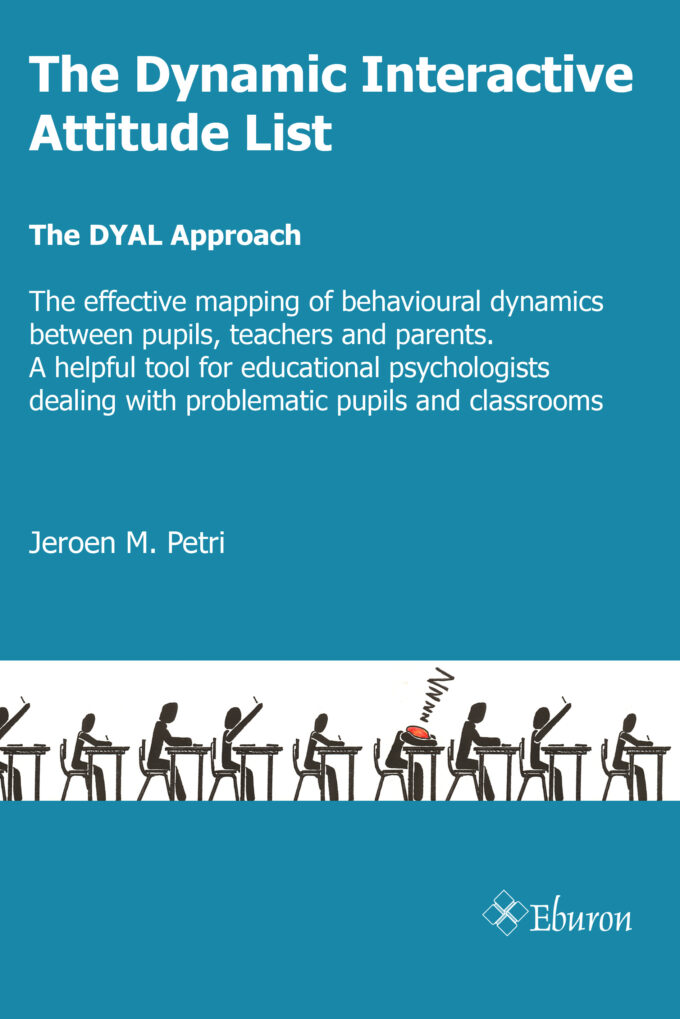 During his work with primary and secondary schools in Israel, Jeroen M. Petri combined diagnostic work with gathering information concerning the social dynamics between pupils, teachers and parents, and developed a method of approaching problems based on interactive questionnaires.

The DYAL (Dynamic Interactive Attitude List) approach focuses on the way one looks at a situation and the way questions are asked. This approach enables the psychologist to map social dynamics between pupil, teacher and parents. As a result, constructive changes can be brought about in problematic situations between pupils, parents and teachers, as well as in classrooms described as ‘impossible’ to manage.

During his work with primary and secondary schools in Israel, Jeroen M. Petri combined diagnostic work with gathering information concerning the social dynamics between pupils, teachers and parents, and developed a method of DYAL approach, approaching problems based on interactive questionnaires.

Jeroen M. Petri (1948) is a Dutch social en educational psychologist. This book is based on his experience as a psychologist in the Netherlands and Israel and his research at schools in the Ukraine.

Copies of this publication can be ordered by contacting the author at petrigriega@hetnet.nl.