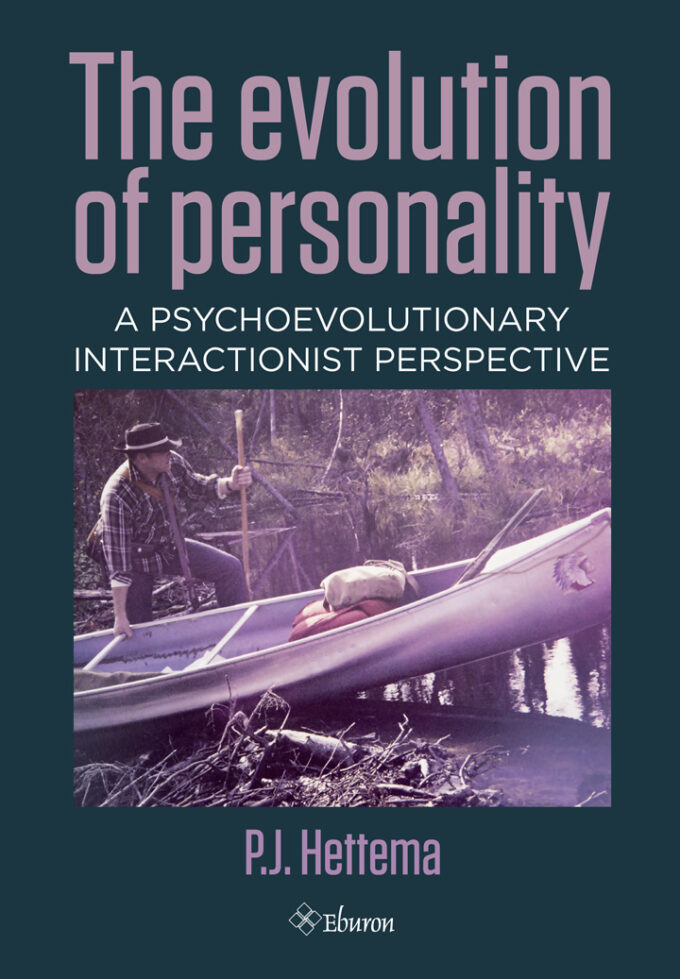 In ‘The evolution of personality‘ author P.J. Hettema focusses on the classical issue of Person x Situation Interactions with Personality and tries to unravel at least four types of interaction appearing in the literature.

For a long time Cronbach’s (1975) statement “Once we attend to interactions we enter a hall of mirrors that extends to infinity” has had a deterring effect on students of personality. In ‘The evolution of personality’ author P.J. Hettema focusses on the classical issue of Person x Situation Interactions with Personality and tries to unravel at least four types of interaction appearing in the literature.

This study is innovative in the way its offers an option to study the different types as a function of the psychoevolutionary systems Emotion, Motivation, Volition and Thought. For each system this study suggests a different contribution to the development of personality. Emotion brings in sensitivity for the environmental features Novelty, Power and Value reflecting evolutionary problems. Motivation brings in the evolved motive dispositions Curiosity, Compliance and Competition to deal with the problems. Volition introduces plasticity in personality to deal with unsolvable problems and blockings. Thought has the major quality to provide a certain amount of control over the environment.

Based on his findings, the author proposes a new personality model highlighting individual’s missions as delta goals to solve specific evolutionary problems. The model outlines eight primary types and a number of derivatives. A major primary type is delta Independence. An example of this type can be observed on the cover, which shows the author’s brother, Huib, who left home at 17 to spent the rest of his life in Canada.

Be the first to review “The evolution of personality” Cancel reply