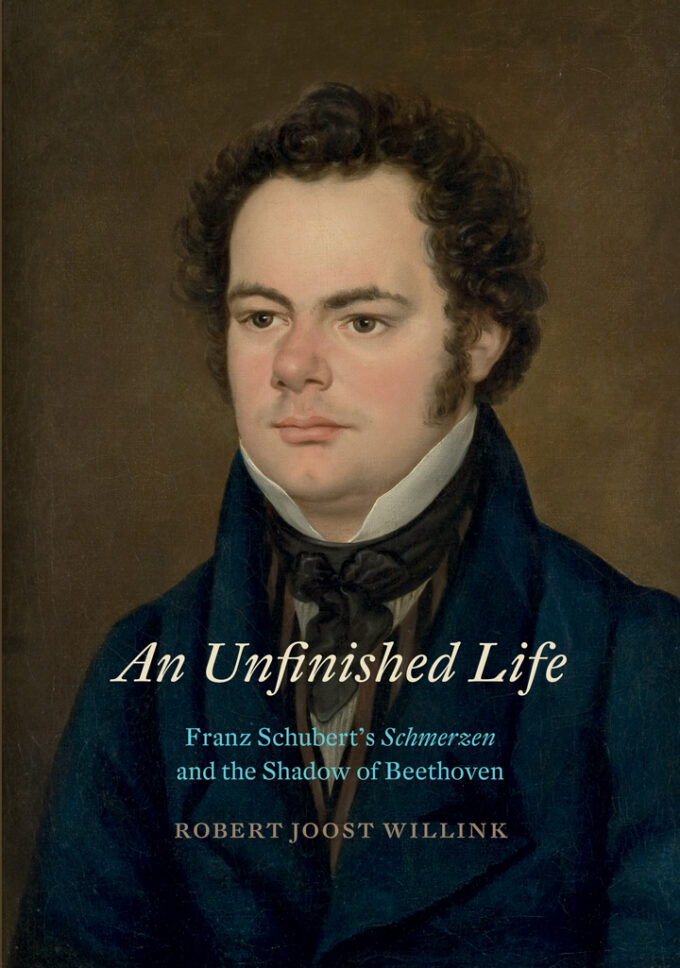 In March 1824, Franz Schubert wrote a letter to a friend complaining of his many Schmerzen. This biography shows how Schubert’s crisis had everything to do with Ludwig van Beethoven. The young composer was so inspired by Beethoven that he was able to transcend his “suffering” in composing his own Kunstmusik: string quartets, piano works, and symphonies. Without Beethoven’s uncompromising views on music, “Schubert” as we know it would not have existed.

Franz Schubert (1797–1828) and his oeuvre are surrounded by an atmosphere of tragedy. During his lifetime he struggled with childhood trauma, lack of recognition, and syphilis, and he became truly appreciated as a composer only long after his death. His initial fame came mainly from his songs, though he himself longed for recognition of his instrumental music. This new Schubert biography, drawing extensively on 19th-century sources and the latest scholarship, relates how lack of recognition for his instrumental music became a decisive factor in the composer’s untimely death.

In March 1824, Schubert wrote a letter to a friend, complaining of his many Schmerzen (pains) and claiming to be ‘the unhappiest man on earth’. His sorrows had everything to do with Ludwig van Beethoven, a composer he idolized. Schubert was indebted to him in several important respects, and Beethoven’s Kunstmusik (art music) inspired him to rise above his Schmerzen. Without Beethoven’s uncompromising views on music, Schubert as we know him would not have existed.

This detailed and comprehensive Schubert biography answers the frequently asked question of whether both composers ever met. It follows Schubert on the road to his own Kunstmusik as he embodied it in his string quartets, piano work, and symphonies, inevitably feeling Beethoven’s shadow in everything he composed.

‘An excellent Schubert biography, with a surprising new view on the relationship between Beethoven and Schubert.’ – Maarten ‘t Hart (author of A flight of Curlews, Rats and Bach und Ich).

‘A fine book to read and a fascinating quest through Schubert’s life, with new insights into the relationship with Beethoven and a much more positive view of his secretary Anton Schindler than is usually the case.’ – Frits Zwart (author of Conductor Willem Mengelberg, 1871–1951: Acclaimed and Accused.)