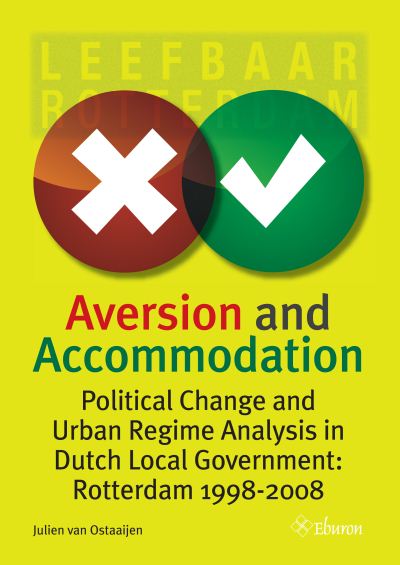 This research shows how a political system of consensus and accommodation relates to anti-establishment politics and vice versa. It demonstrates how adversarial politics can result in governing coalitions that are able to achieve results. In this way, this book offers insight not only for people with a general interest in the working of local politics, but also for municipalities facing similar dissensual political parties.

The topic of this book is an anti-establishment party, Liveable Rotterdam (Leefbaar Rotterdam), that won one third of the votes in the 2002 municipal elections in the Dutch city of Rotterdam. This electoral triumph shocked the established political parties and governmental actors, and initially these were reluctant to cooperate with the newcomer. However, mere months after its victory, Liveable Rotterdam became part of the political executive and several years later changes high on its political agenda were implemented with support from almost all other parties.

Julien van Ostaaijen (1978) works at the Tilburg School of Politics and Public Administration at Tilburg University, the Netherlands. His field of research is mainly urban and local governance.

“Van Ostaaijen’s study is nevertheless a must read for those interested in the impact of radical right parties in the Netherlands and offers some important insights into the way in which this impact can be analyzed empirically.”
– Sarah L. de Lange, Assistant Professor of Qualitative Methodology Department of Political Science University of Amsterdam