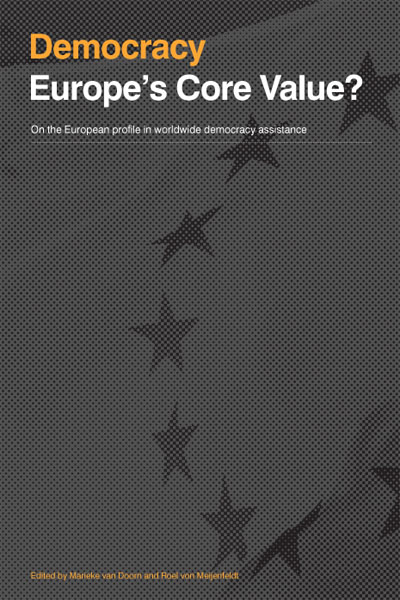 The current worldwide attention for democracy support raises questions on whether democratisation can be effectively assisted from abroad, and if so through what international modalities. In this publication, European academics and practitioners discuss various aspects of the distinctly European contribution towards this challenge.

The experience derived from successive enlargements of the EU confers on Europe a unique position in world-wide democracy assistance. The EU now embraces 27 democratic political structures of which can be drawn for support to democratising countries world-wide. In the changing international context, of a post 9/11 world and the war in Iraq, democracy assistance has become a strategic objective. This created increased momentum, world-wide and within Europe, for reflection on how democracy assistance can be effectively delivered, and how European modalities to do so could be enhanced.

In this publication, European academics and practitioners discuss various aspects of the distinctly European contribution towards this challenge. Their essays concentrate on European democratic values and the European profile in democracy assistance. Also the approach towards world-wide democracy support of the EU institutions is captured as well as the efforts of Europe’s political society.

In the words of former president Václav Havel: “Only by knowing who and what we are can Europeans become reliable partners to other regions in the world.” With this publication the Netherlands Institute for Multiparty Democracy wishes to harness future discussions on enhancing Europe’s profile in democracy assistance.

Marieke van Doorn (editor) is a political scientist and Policy Officer for International Relations at the Netherlands Institute for Multiparty Democracy, based in The Hague, The Netherlands.

Roel von Meijenfeldt (editor) is a political scientist and Executive Director at the Netherlands Institute for Multiparty Democracy based in The Hague, The Netherlands.