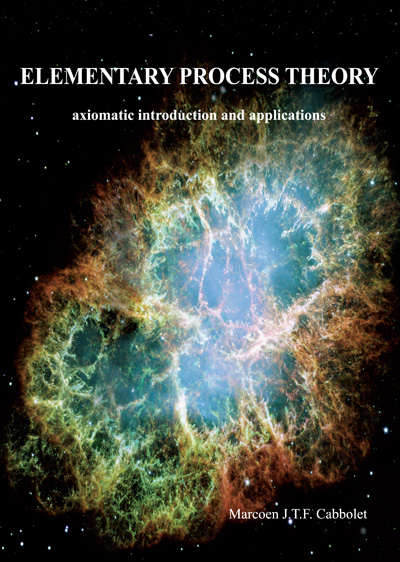 Modern physics lacks a unitary theory that applies to all four fundamental interactions. This PhD thesis is a proposal for a single, complete, and coherent scheme of mathematically formulated elementary laws of nature.
While the first chapter presents the general background, the second chapter addresses the method by which the main result has been developed. The next three chapters rigorously introduce the Elementary Process Theory, its mathematical foundations, and its applications to physics, cosmology and philosophy of mind. The final two chapters discuss the results and present the conclusions.

Summarizing, the Elementary Process Theory is a scheme of seven well-formed closed expressions, written in the mathematical language of set matrix theory – a generalization of Zermelo-Fraenkel set theory. In the physical world, these seven expressions can be interpreted as elementary principles governing the universe at supersmall scale. The author critically confronts the theory with Quantum Mechanics and General Relativity, and applies these principles to show what might have happened during the Planck era of the universe, to show how mental causation might work, and to show how gravitational repulsion might function – if it exists.