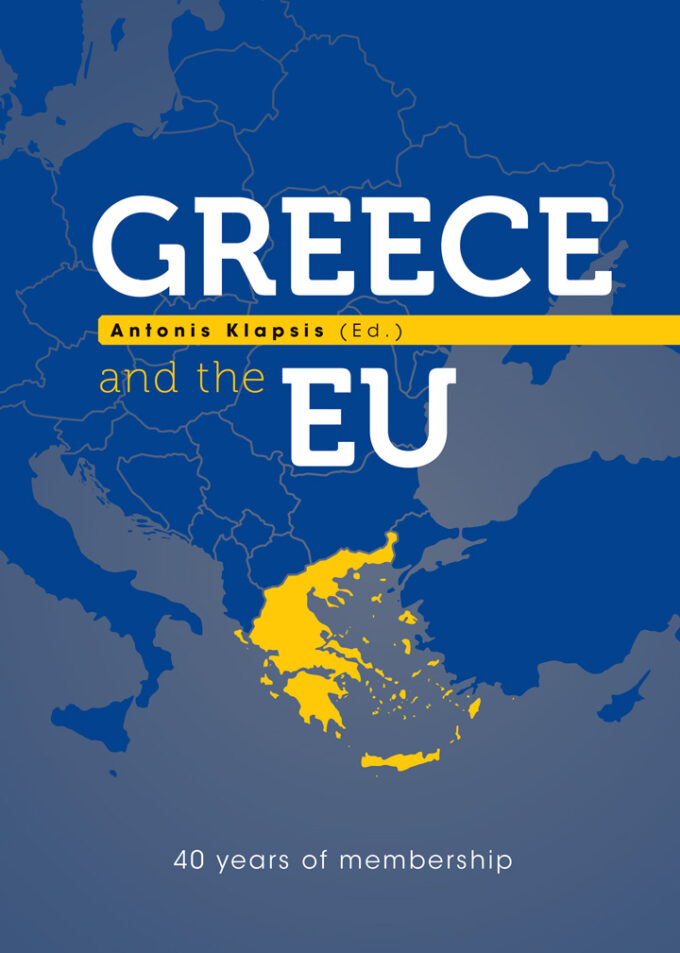 Greece and the EU40 Years of Membership Antonis Klapsis (Ed.)

Over the last four decades, Greece has been an active participant in the process of European integration. The course over these 40 years, however, has not been without obstacles. This book attempts to present some of the most important aspects of Greek participation, first in the EEC and then in the EU. The aim is to make a fruitful contribution to debates on the issues related to Greece’s longstanding membership in the EEC/EU.

Over the last four decades, Greece has been an active, positive and multi-dimensional participant in the process of European integration – initially in the European Economic Community (EEC) and then in the European Union (EU). The course over these 40 years, however, has not been without obstacles. The economic crisis in the 2010s has undoubtedly been the most turbulent period in Greece’s relation with the EU. Yet, despite such difficulties, over these four decades the balance is certainly still positive in all areas. Economic growth, institutional modernisation and the securing of valuable diplomatic footholds are the obvious benefits that Greece has reaped over time. The country has made significant progress and is today a vital member of the European family. It has benefited by being part of the European integration process, but has also positively contributed to both the widening and the deepening of this process.

This book attempts to present some of the most important aspects of Greek participation, first in the EEC and then in the EU. The book’s approach is interdisciplinary, which is a prerequisite for capturing the individual dimensions of a subject with so many and varied implications. Only such a broad-angle view can give a fuller account of the variety and the interaction of the mosaics that make up the big picture of Greece’s forty-year participation in the EEC/EU. The aim is to make a fruitful contribution to both academic and public debates on the issues related to Greece’s longstanding membership in the EEC/EU.

Greece and the EU preview