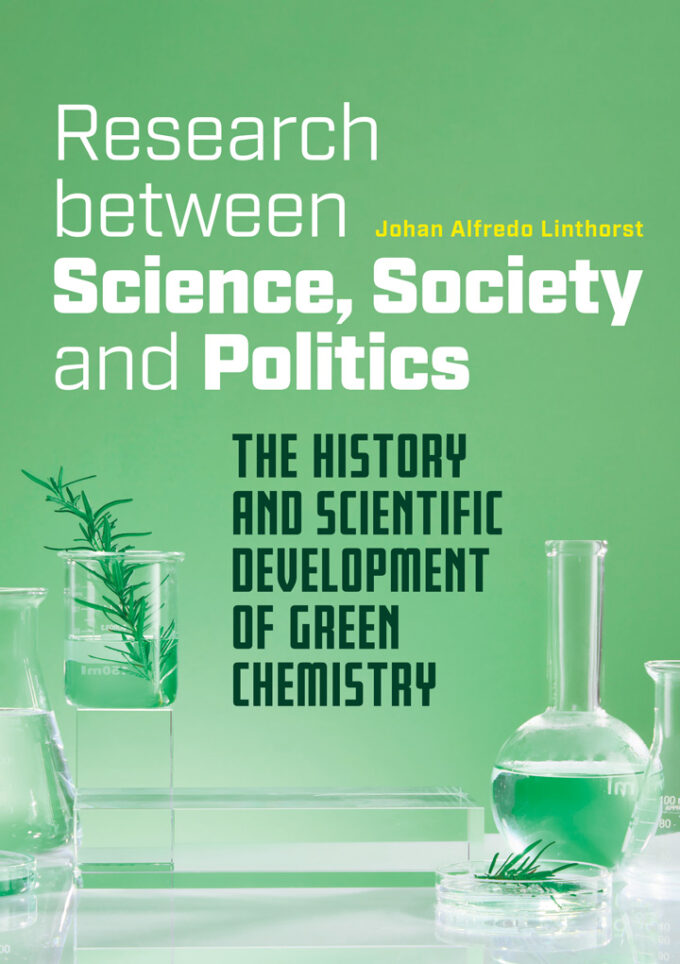 The scientific character of green chemistry has been a matter of dispute since its inception. This book aims to clarify that dispute. Author Johan Alfredo Linthorst presents a historical analysis of the birth and evolution of green chemistry, with a special focus on the USA, the UK and the Netherlands and the chemical societies in these countries.

During large parts of its history chemistry was seen as a science of progress, admired by many. But contemporary public debates on chemistry have been quite critical, mainly for environmental reasons. Therefore is it interesting to note that in the course of the 1990s “green chemistry” emerged. The origins, scientific meaning and drivers behind the spectacular growth of that new field are the subject of Research between Science, Society and Politics: The History and Scientific Development of Green Chemistry.

The scientific character of green chemistry has been a matter of dispute since its inception. This book aims to clarify that dispute. It presents a historical analysis of its birth and evolution, with a special focus on the USA, the UK and the Netherlands and the chemical societies in these countries. The emergence of green chemistry differed from one country to another, which is analyzed and compared as well. Based on quantitative and qualitive research methods and a wide range of primary sources never studied before, this book ultimately offers a new characterization of “green chemistry”. It should be of interest to chemists, policy makers and historians & philosophers of chemistry, because Research between Science, Society and Politics accounts for both internal scientific as well as socio-cultural factors that played a role during the emergence and growth of green chemistry.

The book consists of the following chapters:

Arjan (Johan Alfredo) Linthorst graduated in 2004 from the University of Groningen, with a specialization in physical organic chemistry. He has a PhD from the University of Maastricht. Furthermore, he is an experienced teacher at secondary school, with a demonstrated interest in the history of chemistry. He has published in several journals concerning chemistry, chemistry education and the history and philosophy of chemistry.