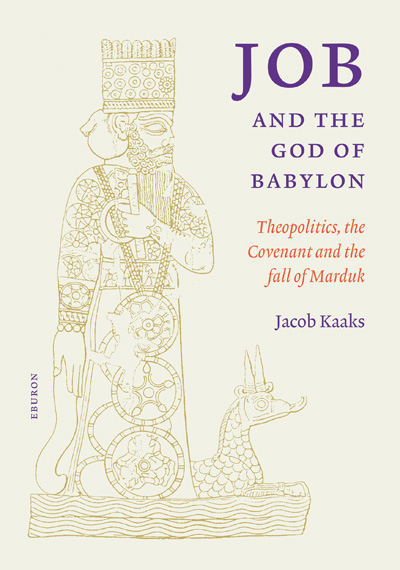 Job and the god of BabylonTheopolitics, the Covenant and the fall of Marduk Jacob Kaaks

For years, words that were to influence our ideas about God lay undiscovered under the sand. It was only after 1950, when a number of clay tablets had been excavated, that the origins of our current notion of God came to light. They were found in Mesopotamia, present-day Iraq, and revealed to us how temple priests, led by theopolitical motives, compiled the texts that became the Old Testament. The Book of Job reveals to what extent Judea, particularly the city of Jerusalem, were ravaged, but nevertheless remains true to the basic premise of an invisible, universal God. Job is not the arch-sufferer of a church’s teaching, but a beacon in an evolving concept of God.

Jacob Kaaks is a Dutch theologian specializing in the Old Testament. His efforts to clarify cryptical Bible texts led him to the study of Akkadian, the ‘mother language’ of Hebrew, and for centuries the official tongue of the Middle East. Its rich literary tradition has yielded invaluable material for a renewed interpretation of old Bible stories, in this case the Book of Job.