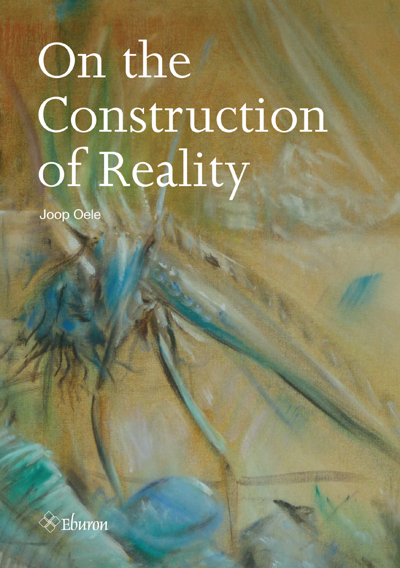 On the Construction of Reality Joop Oele

On the Construction of Reality is a philosophical analysis combined with a practical implementation of the theory. It presents a theory about how reality is created by using very simple, basic principles. Inspired by experiments of the Nobel Prize-winning neurologist Roger Wolcott Sperry, two different approaches are explained regarding what happens when the right and the left side of the brain are copying a picture. Following Roman Jakobson, these principles are named metaphor and metonymy. Looking at various sciences, we draw the conclusion that the two principles are practiced in every discipline.

Using many original “Gedankenexperimente”, Joop Oele analyses how these principles work together. He comes to the conclusion that there are no things, only relations. He further states that there are two types of relations: the text/context relation that matches the metonymical principle, and the relation between metonymical relations that defines the metaphorical principle. It is the latter principle that can be described as a “thing”.

By literally implementing the metaphoric and the metonymic principles in a spreadsheet, a logical model was found. The double xor coefficient, as this model was named, was used to group data into peer groups. The idea is that members of those peer groups will show parallel development based on similarities. This book also contains an example: a survey about the symptoms of Parkinson’s disease. Here Oele demonstrates how the peer groups are created.